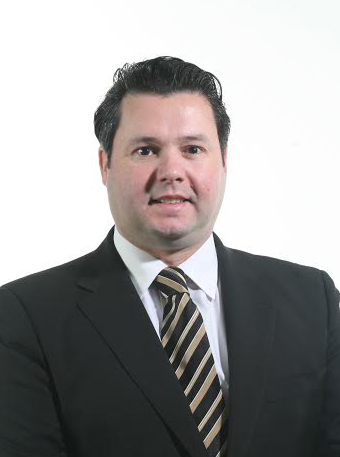 Alcacer joins the WorldHotels team as senior director of hotel development and will be based in Madrid, Spain. He will work closely with WorldHotels' entire development team to increase the brand's reach in key destinations including Europe, The Middle East and Africa.

Alcacer previously served as director of business performance EMEA for nine years at Leading Hotels of the World in the membership department, where his responsibilities included membership optimization, retention and development. Under his leadership, Leading Hotels of the World's performance optimization and revenue delivery for same store sales increased 116-percent, and revenue to expense for current members grew 21 percent.

Alcacer holds a Bachelor of Science Degree in International Hospitality Management from École Hôtelière de Lausanne in Switzerland. He is fluent in French, English and his native language, Spanish.

Worldhotels is dedicated to empowering the true independence of hotels all around the world. The global brand brings together 350 of the world's most unique independent hotels. With over 45 years of excellence in the industry, the company's mission is to provide access to upscale hotels of character and distinction for both business and leisure travelers.
more information
Recent Appointments at WorldHotels Collection

5 November 2019 — WorldHotels today announced that Kristin Intress has been selected as the company's new Chief Executive Officer. Effective immediately, Intress will succeed Geoff Andrew who is stepping down to pursue other interests.
read more

6 August 2019 — A well-recognised and respected veteran in the hospitality industry, Roland Jegge, who has been with WorldHotels for the past 23 years, will continue to serve as President, APAC. He remains primarily responsible for hotel development, complemented by a broader role as brand ambassador in the region.
read more

6 August 2019 — Mel Gan has been promoted to the position of Managing Director, APAC. Gan joined the company in November 2005 and has been influential in growing the brand across the region by establishing WorldHotels' strong reputation for revenue growth for independent hotels.
read more
More from WorldHotels Collection
Map
Advertisements
Never miss a story again
Sign up for the HN360 daily newsletter
Media Kit – Submit Content
Advertisement
Advertisements