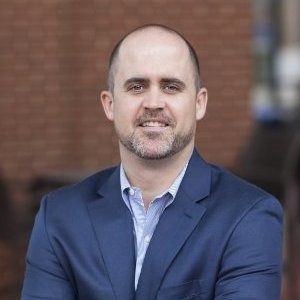 Charlestowne Hotels, a full-service hospitality management company, proudly announces the promotion of Gavin Philipp as vice president of operations. Philipp originally joined the Charlestowne team in 2013 as a regional director of operations, overseeing various flagship properties in the company's hometown of Charleston, SC. It was under his leadership that The Spectator Hotel was awarded the coveted title of number one hotel in the U.S. by Travel + Leisure's World's Best Awards.

Philipp is an integral leader on countless special projects and business development ventures, including the operational management of the company's adaptive reuse projects. Offering specialized expertise in this growing segment of Charlestowne's portfolio, Philipp has led the charge on various projects, from the restoration of a turn of the century steel mill into The Foundry Hotel in Asheville, NC, to reimagining a mid-century bank as Nashville, TN's Fairlane Hotel.

"Gavin offers a thoughtful, genuine management approach that allows him to unify the efforts of his team and partners," explains Charlestowne President and COO Michael Tall. "I am confident that his wealth of knowledge and commitment to optimization will allow Charlestowne Hotels to nimbly navigate the evolution of hotel travel and operation well into the future."

As vice president of operations, Philipp will be charged with overseeing the operational performance of Charlestowne's entire collection. He will be instrumental in leading initiatives that improve owner profitability, from preventative maintenance strategies to curating a well-defined guest service style. Talent development and retainment will be another core focus for Philipp, ensuring that employees at each Charlestowne Hotels property receive quality hands-on training and guidance during their tenure.

With a career that spans two decades, Philipp has successfully managed and operated some of the best-known hotels across the country, including properties in Vail, Charleston, Boston, Miami, Austin, Houston and Washington D.C. Prior to joining Charlestowne, Philipp served as general manager of the 4 Diamond Loews Annapolis Hotel overseeing the hotel's operations, including its extensive meeting space and guest room renovation. Prior to joining Loews, Philipp worked with Destination Hotels for 13 years, including a position as hotel manager at Washington D.C.'s iconic Madison Hotel. There he oversaw the $22 million renovation and repositioning of the property, proudly improving the service standards to 4 Diamond quality.

In June of 2015, Philipp was recognized for his success and impact on the Charleston region with a "Forty Under 40" award from the Charleston Regional Business Journal.Philipp holds a bachelor's degree in business management, and a minor in French from Wheeling Jesuit University in West Virginia. Philipp also obtained a Certificate in Hospitality Leadership from the College of Charleston.

Charlestowne Hotels is a leading full-service hospitality management company known for a dynamic management style that is client-focused rather than process driven. With 40 years of independent hotel management experience, the growing company develops and leads award winning properties across the country.
more information
Recent Appointments at Charlestowne Hotels

12 May 2020 — Leading hospitality management company Charlestowne Hotels proudly announces the appointment of Anthony Langan to its corporate team. As the brand's director of food & beverage, Anthony will implement and lead strategic operations to help continualy enhance and innovate offerings in Charlestowne's 135+ F&B outlets across a varied portfolio of hotels.
read more

14 February 2020 — Todd Buchko,  joins Charlestowne Hotels with more than a decade of experience, most recently leading the team at a AAA Four Diamond property on the St. Lawrence River in New York. A high-performance hospitality executive, Todd provides consistent success in property level growth and prides himself on building strong relationships with guests and staff built on trust and respect.
read more

14 February 2020 — Sean Copley, brings over 15 years of hospitality experience to The Bristol Hotel. With the majority of his career in the luxury market at Ritz Carlton and St. Regis properties, Sean prides himself as a hands-on leader who strives to provide the best experience for his guests and team.
read more
More from Charlestowne Hotels
Map
Advertisements
Never miss a story again
Sign up for the HN360 daily newsletter
Media Kit – Submit Content
Advertisement
Advertisements