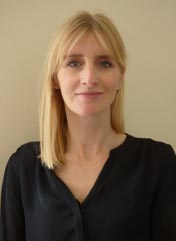 Based in London, Rebecca's remit covers the marketing of the Corinthia brand, the performance and management of the company's website, Corinthia.com, all customer relationship marketing (CRM) and communications. She will report to Chief Commercial Officer Matthew Dixon.

Rebecca is an international marketing professional with over 15 years' experience. She joins Corinthia from British Airways where she led the global marketing strategy, planning and performance for the airline and has been at the forefront of delivering their commercial and brand targets. Two 19th century grand hotels, in Bucharest and Brussels, are currently under restoration and development and will open in 2019 and 2020 respectively, as well as a new build in Dubai (opening in 2020). The hotels are part of an active pipeline that will further expand the collection of hotels.