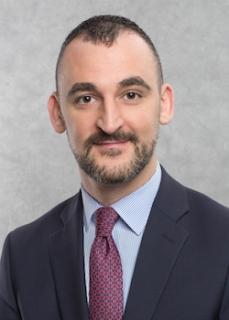 BENCHMARK®, a global hospitality company, has appointed Stephen Cullen area general manager for the Copley Square Hotel and the Ames Boston Hotel, a member of the Curio Collection by Hilton™. Both properties are located in the historic center of Boston, Massachusetts. Greg Champion, Benchmark's president and COO, made the announcement.

"It is a pleasure to announce Stephen's new position within our company," said Mr. Champion. "He has done an outstanding job leading the Copley Square Hotel and now also brings these skills to the Ames Boston Hotel. We look forward to his leadership in the Boston market, and to the successful operation of both of these hospitality gems."

This represents a promotion for Stephen Cullen, having previously served as Benchmark's general manager for the Copley Square Hotel. He joined the company when Benchmark merged with Gemstone Hotels & Resorts in 2016. While with Gemstone, Mr. Cullen formerly held the position of director of operations for the company's Carlton Hotel located in New York City. He also served as general manager at the Fitzpatrick Manhattan Hotel in New York.

Mr. Cullen is a native of Ireland, where he attended Dublin Institute of Technology. He currently resides in Boston.