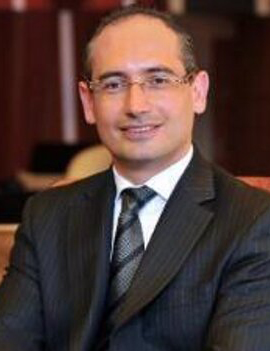 Suat, formerly Hotel Manager at the same 1,019-room contemporary hotel for over three years enjoyed considerable success in managing the day to day operations and during this time the hotel won two prestigious Hotel Catey's. In addition to setting out the strategic goals for the business he will continue to focus on developing its ongoing talent programmes, as part of the Group's commitment to being an employer of choice in the hospitality sector, as well as growing its apprenticeships success as part of the Apprenticeship Academy.

Prior to these positions, both Suat and John held several management positions in hotels around the world. Suat's experience includes the five-star Guoman Hotel in Shanghai, opening Cluster General Manager for Hilton and Hampton by Hilton in Turkey; and extensive experience with Thistle Hotels in London. John's background includes management roles at Thistle Hotels in London and Malaysia and events and conference venue Cliftons in Hong Kong.

The Group is an international hospitality company which owns and develops hotels and resorts, operates the Park Plaza® brand in EMEA and owns the art'otel® brand. All of the Group's hotels operate under the Park Plaza® or art'otel® brands, with the exception of some within the Arena Hospitality Group.
more information
Recent Appointments at PPHE Hotel Group

27 July 2018 — PPHE Hotel Group, an international hospitality company which owns and develops hotels and resorts, operates the Park Plaza® brand in EMEA and owns the art'otel® brand is delighted to announce that Stuart Pannell was appointed as Vice President Project and Technical Services.
read more