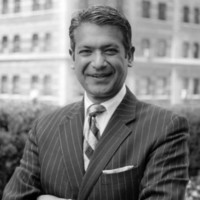 Ash Bhasin, an accomplished hospitality veteran with over two decades of luxury hotel experience, has been named General Manager of Cachet Boutique NYC Hotel. The 105-room lifestyle property looks to Bhasin's extensive experience in the luxury sector with its official debut this summer. Located a few blocks from Hudson Yards, Gotham West Market, Highline, Javits Center, and Times Square, the hotel is poised to be a leader in the gentrification of the neighborhood.

Bhasin brings a wealth of knowledge to this position, with a background including executive roles at Four Seasons Hotel New York, SoHo Grand Hotel and Tribeca Grand Hotel. Most recently, Bhasin was General Manager at the SIXTY SoHo Hotel, where he used his hospitality experience to support the refresh of the property into a luxury lifestyle hotel in New York City's SoHo district.

In this role, Ash Bhasin will be responsible for the day-to-day operations, team management, and subsequent performance of Cachet Boutique NYC Hotel.

25 August 2017 — The Cachet Hospitality Group (CHG) has announced the appointment of Muhammad Alan Yuslan to the position of General Manager at Cachet Resort Dewa Phuket. Alan will be responsible for the strategic direction, day to day operations and guest satisfaction of the newly renovated resort.
read more