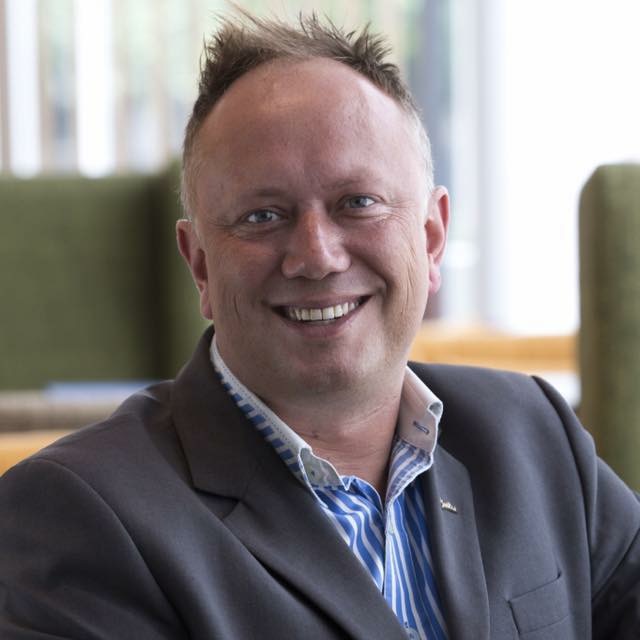 Clinton Thom, previously General Manager at Park Inn by Radisson Cape Town Newlands and the Radisson Blu Le Vendome Sea Point, has been appointed General Manager of Radisson Blu Waterfront Cape Town. A 4 year veteran with Radisson Hotel Group, he takes time to tell us about highlights of his career to date, his management philosophy and who he'd like to invite to that special dinner party.

How long have you been in the hospitality business. How did you start off ?

19 years. I Started on the 16thJune 1999 on the same day Thabo Mbeki was inaugurated President, at the then Crowne Plaza Pretoria, as a Restaurant Host

Why did you choose to go into Hospitality ?

Everyday has its own new set of unique occurrences. If you think you've seen it all in hospitality, think again, you will never stop evolving or learning.

What's the highlight of your career to date?

Too many to mention one, however collectively being able to constantly grow would stand out.

How would you describe the hospitality landscape in Cape Town in 2018?

Cape Town is facing one of her most challenging years yet which amongst other issues was exacerbated by the negative press coverage about the water crisis.

We need to move away from the words water crisis and talk about 'water challenge' as a collective. We need to educate guests about water challenges in Cape Town but, at the same time, we are open for business!

Many hotels including the Radisson Blu Hotel Waterfront have invested a lot of capital in desalination plants, we are hoping to be off the municipal water grid by end July 2018 and will spread the positive message in press coverage around this initiative to change the perception both internationally and locally.

What special skills will you bring to the Radisson Blu Hotel Waterfront?

If you were to have a dinner party at the Radisson Blu Hotel Waterfront, what four guests would you invite living or dead?

What is your favourite food and wine ?

Italian and a Merlot