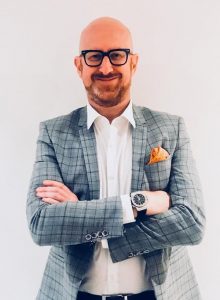 Ovolo Hotels has appointed Christopher James as its General Manager of Sales, Australia managing sales across the Australian hotel portfolio. Hailing from The Langham Hospitality Group where he was Assistant Director of Global Sales (Corporate and Entertainment) and AccorHotels as Business Development Manager, Christopher will lead the Ovolo Australia's sales team focussing on sales for the Australian operation both domestically and internationally.

James has had significant achievements during his ten years in the hospitality industry being awarded Marriott Sales Champion Australia 2015 and Langham Employee of the Year 2016.