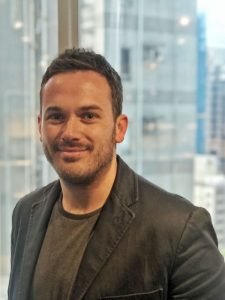 Award-winning, design-led hotel collection Ovolo Hotels has appointed Raoul Gundelach as Brand Director based in Hong Kong, charged with managing brand development in Australia, Hong Kong and beyond, in a significant growth and expansion phase for the business.

In this evolution phase of Ovolo, the group has recently made numerous hotel acquisitions including Ovolo Nishi Canberra (Hotel Hotel), Ovolo Inchcolm Brisbane (New Inchcolm Suites) and The Valley Hotel Brisbane (The Emporium Hotel) which will become Ovolo The Valley Brisbane in the fourth quarter after some extensive refurbishments are complete - all have been given the Ovolo touch. Whilst the key Hong Kong properties of Ovolo Central and Southside are also receiving extensive updates to rooms and public spaces.

Ovolo Group is also expanding its Mojo Nomad concept with the launching Mojo Nomad Central Hong Kong in October and more projects in the pipeline. Mojo Nomad turns the traditional hotel model completely on its head by going beyond traditional hospitality concepts and blurring the boundaries offering a mix of designer rooms from private to accommodation options for families, groups and friends, and social facilities with a communal sense that appeal to both locals and travellers - think micro-hotel, shared accommodation and co-working all-in-one.

Additionally, the group now has an array of restaurants concepts in Australia including Alibi Bar + Kitchen Woolloomooloo, Monster Bar + Kitchen Canberra, Salon De Co Brisbane and the soon to be launched collaboration with celebrity chef Justin North, Mister Percy Bar + Kitchen Pyrmont. Whilst in Hong Kong, Komune on the Island's Southside is proving to be a hit and Mojo Nomad Central's Mexican eatery Te Quiero Mucho is set to open its doors in August.

Gundelach has spent the past nine years in advertising, working on global brands including Hyundai, Harley-Davidson Motorcycles, Fujitsu General, and Sanofi, Raoul returns to the hospitality and hotel industry where his career started, having worked for number of hotels in Brisbane Australia.