Appointed Vice Chairman of the board
At Wynn Resorts, Limited in Las Vegas - NV, USA 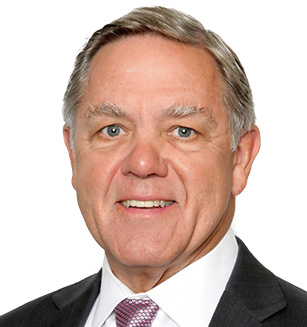 Satre will take over as chairman of the Las Vegas-based casino operator following the retirement later this year of D. Boone Wayson, Wynn Resorts said in a statement Monday. Under the agreement with Elaine Wynn, who owns just under 9 percent of the stock, she won't significantly increase her stake, nominate more directors, or join groups seeking a takeover until 2020. She'll be reimbursed for as much as $5 million in expenses she incurred to launch a proxy fight earlier this year and negotiate the agreement.

Satre helped build Harrah's, now known as Caesars Entertainment Corp., from a regional player into the largest owner of casinos in the U.S. He currently serves as chairman of retailer Nordstrom Inc. and slot machine maker International Game Technology Plc.

Wynn Resorts, Limited (NASDAQ:WYNN) was formed through Steve Wynn's purchase of the Desert Inn Resorts & Casino in 2000. The company went public in 2002 in the largest initial capitalization of a gaming entertainment company.
more information
Recent Appointments at Wynn Resorts

Darnell Strom - Member of the Board of Directors

18 October 2019 — Wynn Resorts announced today that Brian Gullbrants will assume the position of President of Encore Boston Harbor. Mr. Gullbrants will replace Robert DeSalvio, who decided to step down after leading the resort for the last five years, culminating in one of the most successful casino resort openings on the East Coast.
read more

Phil Satre Chairman - Board of Directors