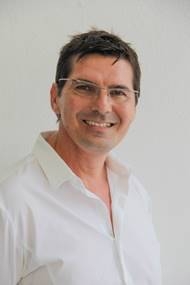 Hotel Amapa, the first hotel of its kind opening in early 2019 in the historic old town of Puerto Vallarta, is pleased to announce that Alessandro Stifani has assumed the role of General Manager. With over 20 years of experience in the hotel industry, Stifani brings to the hotel a wealth of exceptional experience in the hospitality industry.

Stifani's career began in Europe where he worked for nine years across various fields within the hotel industry including communications, entertainment and public relations. During this time, his passion for the hospitality industry was solidified and he has since focused his career on guest satisfaction.

With a wealth of experience, Stifani further paved his career in the hotel industry by joining Wyndham Hotel Group where he worked in four different locations, over 10 years, assuming a diverse range of managerial roles at each.

Most recently, Stifani was at Buenaventura Hotels serving as General Manager of Villa Premiere Boutique Hotel & Romantic Getaway. His appreciation for and interest in the people and culture that embody Mexico facilitate a supreme grasp on the Hotel Amapa vision of impeccably executed minimalism and modernism. An expert on the Puerto Vallarta area, Stifani will serve as a tremendous asset to the Hotel Amapa team, setting the bar high for boutique hotels and impeccable service

Design hotels™ represents and markets a hand-picked collection of more than 160 hotels in over 40 countries across the globe. Established in 1993, as the first of its kind, the company offers unparalleled specialist knowledge from conceptual branding through to market trend consultancy and international representation.
more information
Recent Appointments at Design Hotels

23 August 2018 — Design Hotels™ appoints Allison Barclay to represent their global collection of independent hotels, in Australia and New Zealand. Design Hotels represents and markets a select collection of more than 300 hotels in 60 countries and 200 destinations around the globe.
read more

24 May 2017 — Blakes Hotel, one of the world’s first luxury boutique hotels, is pleased to announce the appointment of Markus Savage as Food and Beverage Director. Effective as of 21st May 2017, Markus will oversee all of the food and beverage operations at the South Kensington establishment, encompassing the recently relaunched Blakes Restaurant and underground bar, Blakes Below, as well as the newly designed courtyard, The Garden at Blakes.
read more