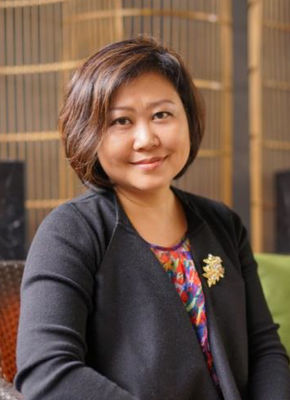 Ms Rebecca Kwan was appointed an additional role within the group as Head of Operations - United Kingdom to oversee the entire hotel operations in the United Kingdom. Ms Kwan also holds the portfolio of General Manager of Lan Kwai Fong Hotel @ Kau U Fong, Hong Kong; a boutique hotel under the d.Collection brand of Dorsett Hospitality International.

Besides being a key player in the formation of strategic business plans to drive sales performance for the group in Hong Kong and other regions, Ms Rebecca Kwan, in her expanded role, is also accountable in supporting UK sales and hotel revenue related
matters.

A member of the Association's Executive Committee since 2009, Ms Rebecca Kwan was elected 2nd Vice Chairman in 2017. "It's an honour to serve as chairman of HKHA which plays a key role in Hong Kong's tourism industry and development of
the city's hospitality to nearly 60 million visitors each year. It's also a privilege to work together with the Executive Committee comprising a group of professional hoteliers, for setting priorities to uplift the quality and standards of service for the
betterment of the hotel industry," Ms Rebecca Kwan said.

The HKHA Executive Committee would like to express our heartfelt gratitude to Mr Shaun Campbell for his invaluable contribution in steering the Association since 2017 and for his tireless effort and dedication in helping to raise the profile of the hotel industry in Hong Kong.

The Hong Kong Hotels Association (HKHA) was established in 1961 to protect the lawful interests of hoteliers in Hong Kong and promote greater industry unity and co-operation among its members.
More