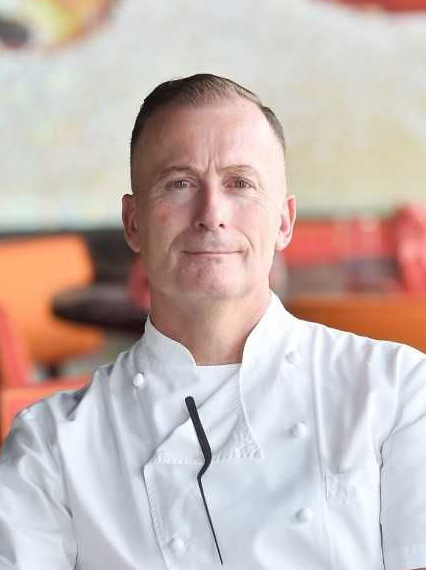 Black, an Australian native, started his hospitality career in 1982. He has worked in several top restaurants across Europe and was the co-owner and former chef of London's Berkeley Square Restaurant, which earned a Michelin Star. He was also awarded a Michelin Star during his time as Executive Chef at Eastwell Manor Hotel in Kent, England.

Before joining COMO Point Yamu, Black was in the kitchen of Wildflower - the rooftop restaurant at COMO The Treasury, which in 2017 was awarded The Western Australian Good Food Guide Restaurant of the Year and recently received two Chef Hats. Continuing this success, Black was awarded Chef of the Year by the Australian Hotel Association.

Black is passionate about sourcing organic, local produce while applying modern cooking techniques. He's keen to share his experience and knowledge with his new team and hopes to inspire creativity in the development of COMO Point Yamu's menus and dining experiences.

COMO Hotels and Resorts offers personalised luxury travel experiences in its urban hotels, island resorts, adventure retreats, and wellness resorts. The focus is always on service, wellness and cuisine, while trying to uphold a strong, sustainable approach towards the people and places where we operate.
more information
Recent Appointments at COMO Hotels and Resorts

14 November 2018 — Singapore-based lifestyle collection the COMO Group is pleased to announce the appointment of Tapa Tibble as Managing Director of the Americas. In this role, Tapa will be based in the Turks and Caicos, overseeing the Northern Caribbean's pre-eminent private island resort COMO Parrot Cay, as well as sister property COMO Metropolitan Miami Beach in Florida — two award-winning destinations owned and managed by COMO Hotels and Resorts and the upcoming projects that are in the pipeline in the region.
read more

Fadzlon Bakar - Cluster Director of Sales and Marketing for the Maldives