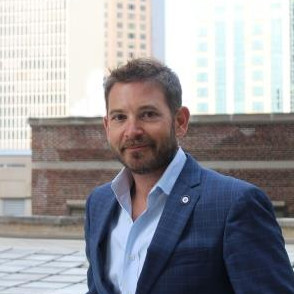 Anderson Foote has joined The Talbott Hotel as General Manager, where he will oversee operations of the 178-room hotel in the historic Gold Coast neighborhood, recently named by Travel + Leisure as one of the top 10 Chicago hotels. Foote comes to The Talbott with more than 15 years of experience in hotel operations, most recently as the hotel manager of the Park Hyatt Chicago.

A Detroit native, Foote studied business and hospitality at Northwood University. He got his start with the hotel management company White Lodging, where he worked as a front office manager for two Marriott properties in the Detroit area.

Foote moved on to Hilton Hotels & Resorts before joining Hyatt in 2009. His tenure with Hyatt took him out of the Midwest and to some of the company's larger properties around the nation, including the Hyatt Regency Phoenix, where he was assistant director of rooms, and the Grand Hyatt San Antonio. He also spent time at Hyatt hotels in San Diego and Greenville, South Carolina.

Foote was director of operations for Hyatt Regency Jersey City for three years before moving to Chicago in 2015 to be the hotel manager for Park Hyatt Chicago.

17 October 2018 — El San Juan Hotel, Curio Collection by Hilton announced the appointment of Martin Smith as managing director of the iconic beachfront property. Smith will bring more than 25 years of experience in the hospitality and tourism industry to the landmark 388-room property.
read more