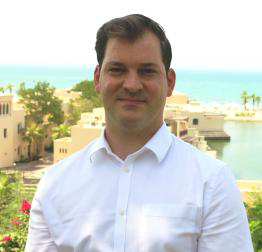 With over 12 years of hospitality experience, Ashraf began his career in Food & Beverage department at leading establishments across the United Kingdom and United Arab Emirates. Prior to this appointment, Ashraf was the Food & Beverage Manager of Shangri-la Hotel, Dubai where he managed all the hotel outlets as well as banqueting and outside catering.

In addition to his professional experience, Ashraf completed his UK degree in Middlesex University, Bachelor of Arts, International Hospitality and Tourism Management.