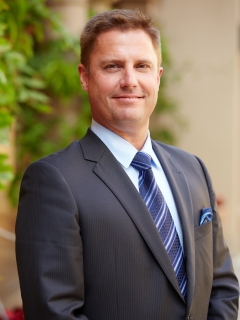 sbe, the leading lifestyle hospitality company that develops, manages and operates award-winning hotels, residences, restaurants and nightclubs, today announced the appointment of Todd Orlich as Miami Regional Vice President and General Manager of Delano. In this role, Orlich will manage the Delano hotel, one of the most iconic hotels in the world, as well as support sbe's Hotels and Residential overall strategy.

Miami is a key market for sbe with ten properties in the region and the eleventh - Hyde Midtown - set to open on September 17th. The new property, designed by the award-winning David Rockwell, will have 60 rooms and 410 residences and follows the opening of the sold-out SLS Lux Brickell this summer. These two new properties join a spectacular portfolio of properties in the area, which also includes the Delano hotel, SLS South Beach and Mondrian South Beach to name a few.

Todd joins at a time when sbe is going through a period of rapid expansion with plans to more than double its hotel portfolio to 50 hotels and residences by 2021. This includes deals in new territories in Latin America, including the first Delano outside of the United States in Rio de Janeiro, as well as SLS in Mexico and Argentina. sbe also opened its first hotel in the Middle East - Mondrian Doha - at the end of last year with more planned, including two further properties in Dubai - Mondrian and Delano - an SLS in Doha in 2019, and Hyde Doha in 2020.

Previously, he was General Manager at Montage Laguna Beach and Montage Beverly Hills, both Forbes five star hotels, and has also held leadership roles at Loews and Starwood Hotels. Orlich holds a number of executive board positions within lifestyle hospitality space including Chairman and Member of Beverly Hills Convention and Visitors Bureau, Treasurer of Laguna Beach Chamber of Commerce, Event Chairman of Share our Strength Taste of the Nation, Laguna Beach, Member of the Newport Beach Crystal Cove Alliance and Dana Point Ocean Institute.

He is a graduate of the University of Arizona, where he holds a Bachelor's Degree in Business Communications and Finance.