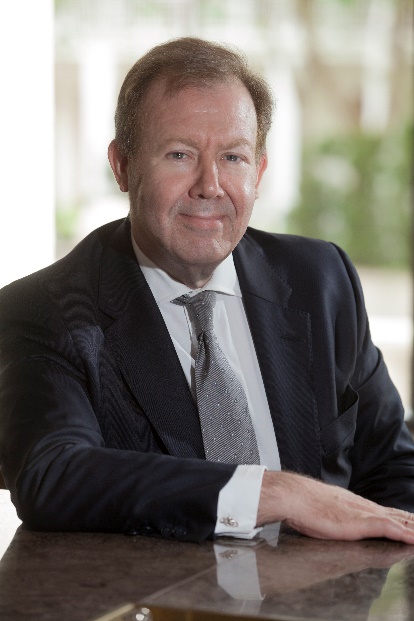 Wharf Hotels is pleased to announce the appointment of Mr Stephen Antram as General Manager of international deluxe hotel, Marco Polo Shenzhen, located in China's first Special Economic Zone. An experienced hotelier with 40-years of knowledge in the hospitality industry with over 25 years in Asia, Stephen possesses a track record in operations management, business development and talent development across Europe and Asia with international luxury hotel companies. Prior to this appointment, he was the General Manager of Intercontinental Beijing Beichen, where under his leadership, the hotel was amongst the top 10 InterContinental hotels in China and listed as the group's leading revenue generator in North China region. Stephen is strongly versed in Food and Beverage, Rooms, Finance and Sales. "Stephen has a true passion for hospitality and we are certain that he will lead our Shenzhen property to new heights. Not only he is a global hotel leader, but he also holds over 15-years of experience in China gaining rich knowledge in the industry and its operating environments," said Mr Thomas Salg, Vice President Operations for Wharf Hotels. Marco Polo Shenzhen, with 391 well-appointed rooms and suites, is located in the heart of Futian Central Business District, 15 minutes from the Lowu Railway Station, Shenzhen Bay Port and Shenzhen Bao'an Airport. The hotel offers its signature Continental Club complete with personalised service, exclusivity and comfort, the hallmarks of Marco Polo hospitality.

11 September 2019 — Wharf Hotels is pleased to announce the appointment of Michael Ganster as General Manager of contemporary chic hotel, Niccolo Chengdu, taking the helm of the group's first luxury hotel which opened in 2015.
read more