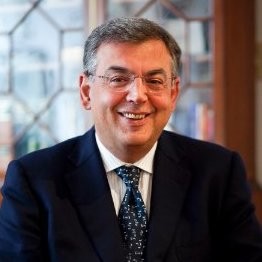 669/5000Sandro will take up his new position in November 2018 at Jumby Bay Island where he will oversee all operations. He will be responsible for maintaining the excellent customer service and reputation of Jumby Bay Island, while consolidating its position as one of the most sought-after destinations.

Sandro began his career in 1992 at Cipriani in Venice where he was appointed Hotel Manager and in 1996 General Manager of Quinta do Lago in Almancil, Portugal. In 2010, Sandro becomes South Africa Regional Director of the Orient-Express group.From 2015, he is the General Manager of the famous Half Moon Resort in Jamaica.

6 March 2020 — On May 1st 2020, Mr. Marrenbach will pass his responsibility as CEO of Oetker Collection to Dr. Timo Gruenert, who has served as the company's CFO and CoManaging Director since 2009. Dr. Gruenert started his career as Assistant to the Managing Partner of Dr.
read more

13 February 2020 — On January 1, 2020, Henning Matthiesen was appointed the new Managing Director of Brenners Park-Hotel & Spa, the principal hotel of the Oetker Collection. The 47-year-old hotelier succeeds Frank Marrenbach who will now devote all his time to his role as CEO of the Oetker Collection.
read more
More from Oetker
Map
Advertisements
Never miss a story again
Sign up for the HN360 daily newsletter
Media Kit – Submit Content
Advertisement
Advertisements