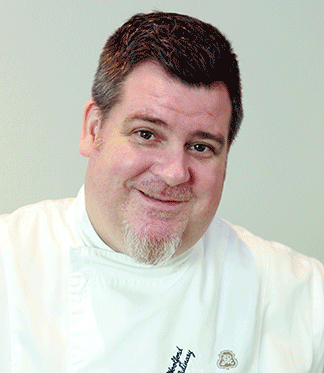 Kerry Hotel, Hong Kong is pleased to announce the appointment of Executive Chef Matthew Woolford, who will oversee all of the culinary operations at the hotel. Chef Woolford, a native Australian from Sydney, comes to Hong Kong from Shanghai, where he was previously the director of culinary at W Shanghai - The Bund.

With over twenty years of experience in the kitchen, Chef Woolford maintains that "simplicity and restraints are the perfect ingredients for any dish." With posts in South Korea, Thailand, Hong Kong and Singapore, Chef Woolford has a deep understanding of international cuisines and cultural nuances, which is apparent through his passion and flair in the dishes and menus he creates.

Chef Woolford also championed the opening of several W Hotels including W Seoul Walkerhill, the first W Hotel in Asia, as well as the W Koh Samui and W Singapore, Sentosa Cove. Prior to his time in Asia, Woolford worked in Paris, Lyon and Avignon, France for three months learning new skills and techniques. He trained at hotels including Sebel Townhouse and Regent Hotel Sydney. At age 19, he won the coveted title "Le Torque Blanches Australian Apprentice of the Year" by Tony Bilson. Woolford's culinary enthusiasm can be traced back to his early years, where he trained in culinary arts and landed his first apprenticeship at the Sydney Hilton Hotel at age 17.

Away from the heat of the kitchen, Chef Woolford enjoys playing basketball and is an avid collector of Nike shoes with over 42 pairs and counting.

7 August 2020 — Mr Juergen Doerr has been appointed as the General Manager of Island Shangri-La, Hong Kong, while continuing his role as Vice-President, Operations (Hong Kong & Taiwan), effective 1 August 2020. Mr Doerr has been with the group for over 21 years, previously holding the title of General Manager at Kowloon Shangri-La.
read more
More from Shangri-La
Map
Advertisements
Never miss a story again
Sign up for the HN360 daily newsletter
Media Kit – Submit Content
Advertisement
Advertisements