Named 2018 Corporate Hotelier of the World
At HOTELS Magazine in Chicago - IL, USA 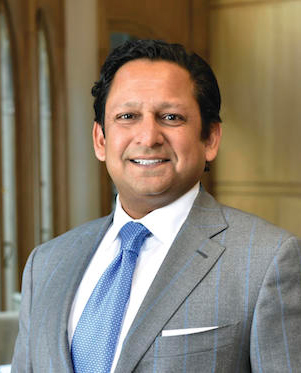 Shah, CEO of Hersha Hospitality Trust since 2006, is inspired most by growing his team, preferring to ask questions than give mandates. "You bring people along to get to the same answer by asking questions... Then, you've helped them figure it out on their own," he says. He learned to listen from his parents, who started the family hotel business back in the 1970s, and developed his empathy for all team members because he worked every aspect of the business - from breakfast line cook to owner-developer. His family remains at his side, today working most closely with his brother, Neil, a relationship he refers to as his secret to success.
Hotelschools.com

Jay Shah, CEO of Hersha Hospitality Trust (Class of 1990) is a graduate of School of Hotel Administration at the Cornell SC Johnson College of Business in Ithaca, New York - United States
more information

HOTELS magazine is the only global publication serving the worldwide hotel market. HOTELS reaches senior management at the corporate offices and property level in over 160 countries. The magazine is written for the professional hotelier and covers all aspects of hotel management and operations.
more information
Recent Appointments at HOTELS Magazine

1 November 2018 — For Leboeuf, general manager of the 5-star Mandarin Oriental Paris as well as the brand's area vice president of operations, the point of emphasis also is family, having been heavily influenced by the strong direction and love of his mother.
read more

5 November 2013 — Since 1981, HOTELS has presented the "Hotelier of the World" award, considered by industry insiders as the most coveted and prestigious honour in the global hotel business. More than 60,000 readers in 150 countries vote for the annual awards, and winners are chosen based on the following criteria: establishing and maintaining the highest quality of service and operating standards; demonstrating responsible and skillful management; volunteering to serve both the industry at large and the communities in which they work; and supporting educational endeavours.
read more
More from HOTELS Magazine
Map
Advertisements
Never miss a story again
Sign up for the HN360 daily newsletter
Media Kit – Submit Content
Advertisement
Advertisements