Named Member of the Board of Directors
At Choice Hotels International, Inc. in Rockville - MD, USA 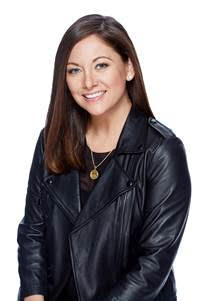 Choice Hotels International, Inc. (NYSE: CHH), one of the world's largest lodging franchisors, has elected Maureen Sullivan to its board of directors.

Sullivan, chief operating officer of Rent the Runway, and a former AOL and Google executive, brings a wealth of highly relevant experience to the Choice board, including business, innovation, branding, digital, engineering and e-commerce expertise.

As COO at Rent the Runway, Sullivan is responsible for accelerating growth across all areas of the business, and manages the customer experience, marketing, communications, user experience, creative, business development, and retail functions. Prior to her current role at Rent the Runway, Sullivan served as president of AOL.com and Lifestyle Brands, and oversaw all elements of the AOL.com experience, including programming, product, engineering, partnerships and operations. She also launched and ran MAKERS.com, a first-of-its kind video-platform, documentary film series, and conference dedicated to telling ground-breaking women's stories. Earlier in her career, she held several other positions at AOL, including senior vice president of marketing and communications, where she led the company's global rebranding, and served as chief of staff to AOL CEO Tim Armstrong. Sullivan began her career at Google, serving in several positions, including Chief of Staff to the Americas Advertising organization managing business planning and partnership development.

In addition to her new role on the Choice Hotels Board of Directors, Sullivan serves on the board of the non-profit, Network for Good. She is a graduate of Stanford University.

Choice Hotels International, Inc. franchises approximately 6,200 hotels, representing more than 499,000 rooms, in the United States and more than 30 other countries and territories. As of December 31, 2012, 394 hotels, representing more than 31,000 rooms, were under construction, awaiting conversion or approved for development in the United States.
more information
Recent Appointments at Choice

21 November 2019 — Choice Hotels International, Inc. (NYSE: CHH), one of the world's largest lodging franchisors, has promoted Sarah Searls to the newly created role of chief customer officer. As part of Choice's ongoing commitment to its customers, Searls will maximize how Choice understands and listens to customers and will connect these valuable insights with strategy to create exceptional customer experiences and value to franchisees.
read more

5 November 2019 — In this expanded capacity, Ramírez will lead the financial and strategic long-range planning organizations for Choice's international division as well as the global financial planning and analysis and revenue assurance organizations.
read more