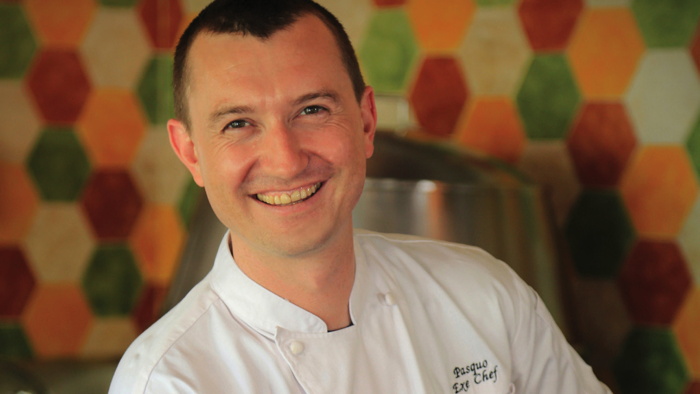 Four Seasons Resort Nevis has named Pasquo King as the new Director of Food and Beverage. A chef with 20 years of international kitchen experience, the appointment marks a promotion for King, who most recently served as the Executive Chef at Four Seasons Resorts Bali, responsible for both Jimbaran Bay and Sayan properties.

As Director of Food and Beverage, Pasquo will oversee all food and beverage operations, focusing on innovation, creativity and providing extraordinary culinary experiences for guests. He arrives just in time to launch the new EsQuilina and crowned monkey RUM BAR on December 10, 2018 as part of the Resort's multi-million dollar enhancement project that will unveil Nevis' fresh take on a timeless Caribbean experience.

A native of Australia, Pasquo developed his culinary skills in some of Australia's best restaurants as well as in high-profile hotels in Shanghai and Dubai. Most recently, his creativity, focus on the best ingredients and down-to-earth approach made their mark at Four Seasons Resort Bali at Jimbaran Bay and Sayan, where he spent four years as the Resorts' Executive Chef. One of his biggest achievements was launching the Sundara restaurant's unique "Customised Dining" concept, a flexible style of dining offering guests maximum choice to order a range of different dishes.

Prior to joining Four Seasons, Pasquo worked for the Pudong Shangri-la in Shanghai, the Burj Al Arab Hotel in Dubai, the Waterfront Restaurant and the Vue De Monde Restaurant in Melbourne, and the 360 Bar and Dining and Lucios Restaurant in Sydney.