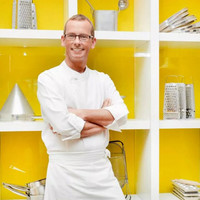 With more than 28 years of experience in some of the world's finest kitchens from France, Scotland, Dubai and the Philippines to South Korea and Mauritius, Chef De Visch brings with him a wealth of knowledge and expertise to Waldorf Astoria Ras Al Khaimah's award winning team.

Previously, chef Nicolas De Visch held a number of senior positions at restaurants and hotels around the world including the St Regis Mauritius, the Intercontinental Fiji, the W Hotel Taipei, Taiwan and The Peninsula Manila, Philippines. He was also part of the pre-opening team for Burj Al Arab's famous seafood restaurant Al Mahara in 2000, working with the team to open two successful outlets at the world renowned hotel within a year.

In his new role at Waldorf Astoria Ras Al Khaimah, chef De Visch will oversee all the food and beverage activity for the hotel including the restaurants - Lexington Grill and Umi.