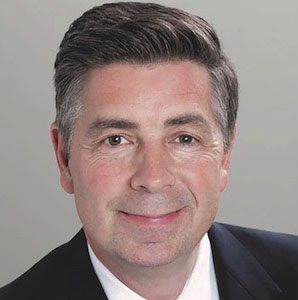 The American Hotel & Lodging Association (AHLA) announced that William "Chip" Rogers will succeed Katherine Lugar as president and CEO, effective in the new year. Rogers comes to AHLA with more than 20 years of experience and a proven track record of success.

Rogers has served as the president and CEO of the Asian American Hotel Owners Association (AAHOA), the largest U.S. hotel owner's association, since 2014. In this role, he led a team of more than 30 staff members with an annual budget of $15 million, bringing an unprecedented amount of success to the organization. Under his leadership, the AAHOA has grown overall membership by 30 percent and revenue by 62 percent.

In addition to leading the AAHOA, Rogers sits on the board of directors for the United States Travel Association, Community Leaders of America, and the California Hotel & Lodging Association. Prior to joining AAHOA, Rogers served in the Georgia General Assembly for 10 years and was unanimously elected as Senate majority leader in 2008 and 2010.

Rogers was selected after a thorough and comprehensive search conducted over the last several months. An AHLA search Advisory Group—comprised of the leading CEOs and executives of the major brands, owners, and management companies representing a cross-range of the association's members—conducted numerous in-depth interviews of each candidate. Ultimately, Rogers' appointment was unanimously approved by the Nominating Committee and Board of Directors.

Coming from AAHOA, Rogers is no stranger to AHLA, as the two organizations have worked hand-in-glove for many years, advocating on behalf of the entire hotel and lodging industry. Both organizations have held joint advocacy days, each year for the past several years and AAHOA's incoming chairwoman currently sits on AHLA's board.

13 January 2021 — The American Hotel & Lodging Association (AHLA) today announced several additions to its staff as part of the association's efforts to deepen its expertise in state and local government affairs and communications and meet our members' needs today and in the future.
read more

9 December 2020 — The American Hotel & Lodging Association (AHLA) today unveiled its 2021 Officers, Board of Directors, and Executive Committee, which includes top leaders representing all segments of the hospitality industry.
read more

21 September 2018 — The American Hotel & Lodging Association (AHLA) today announced the appointment of Kiersten Pearce as Vice President of Member Engagement & Services. In this new role, Pearce will use her wealth of travel and hospitality experience to ensure that AHLA continues to deliver a compelling value proposition model to the more than 26,000 members across all membership categories.
read more
More from AH&LA
Map
Advertisements
Never miss a story again
Sign up for the HN360 daily newsletter
Media Kit – Submit Content
Advertisement
Advertisements