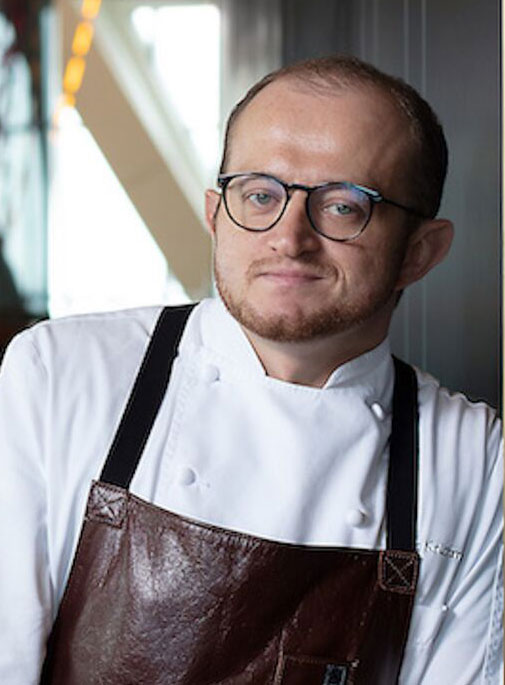 As Executive Chef, Igor Krichmar takes the culinary and hospitality experience at InterContinental Los Angeles Downtown to new levels. With an extensive background in fresh and simple cuisine, Krichmar leads the culinary charge by crafting menus and spearheading the hotel's culinary mission, supervising kitchen staff and coordinating efforts in all dining outlets, as well as overseeing large-scale group and catering events in the property's nearly 100,000 square feet of indoor and outdoor event space. Born in Kiev, Ukraine, Krichmar draws much of his inspiration from his grandmother and can attribute his early culinary passions to the time spent in the kitchen watching her cook for the household. Upon graduating from The Culinary Institute of America in Hyde Park, N.Y., Krichmar staged at The Fat Duck, a three Michelin star restaurant in Berkshire, England. Shortly after, he joined the Forbes Five-Star and AAA Five Diamond Wynn Las Vegas where he worked alongside Chef Alessandro Stratta at his two Michelin star restaurant, Alex. In March 2017, Krichmar joined InterContinental Los Angeles Downtown as part of the pre-opening team, in the role of executive sous chef.

16 July 2020 — A native Texan, Murray brings over three decades of hospitality experience in the local market to his new role as general manager of the Kimpton Pittman Hotel. As general manager, Murray leads day-to-day operations of the hotel and oversees the creation of curated guest experiences suited to the level of hospitality the Kimpton brand is known for.
read more

8 July 2020 — InterContinental Hotels Group (IHG), one of the world's leading hotel companies, has today announced the appointment of Wayne Hoare as Chief Human Resources Officer (CHRO). Wayne will join the business on 14 September and will become a member of IHG's Executive Committee, replacing Ranjay Radhakrishnan who stepped down from the role in February this year.
read more