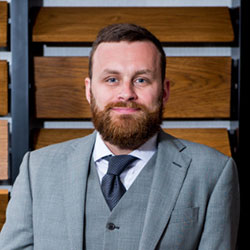 Originally from Belgrade, Serbia, Andrejic is a graduate of the College of Hotel Management at the University of Belgrade, where he earned a bachelor's degree in hospitality management. He has experience in a variety of leadership positions within the hospitality industry, including the Park Hyatt Washington D.C. and the Kimpton Donovan Hotel.

Andrejic was most recently the GM of the Kimpton Rouge Hotel in Washington D.C. He is currently pursuing his master certificate in hospitality management with a focus in finance and revenue management from Cornell University.