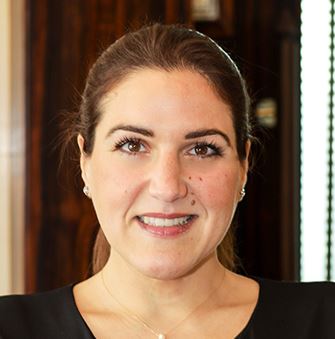 As director of rooms, Chidiac is responsible for overseeing all rooms division functions at Raffles Dubai. With 15 years of managerial experience in luxury hospitality, she joins the property from the Arlo Soho hotel in New York City, where she was director of rooms and a pre-opening team member since March 2016. She started her career as an assistant housekeeping manager for the Parker Meridien in New York, and worked her way up in landmark properties in the city including Jumeirah Essex House Hotel (now Marriott), Fairmont The Plaza, Hilton Fashion District, The Manhattan Affinia Collection, where she oversaw refurbishments in all properties. Chidiac holds a Bachelor of Arts in Tourism & Hotel Management from the University of Balamand in Lebanon.

25 January 2019 — Kutskaya joins Raffles Dubai as spa manager and will oversee the spa, fitness centre and pool operations, as well contribute to the Raffles Spa brand. With more than 10 years of experience, she started her career in Ukraine before moving to Dubai in 2013 where she worked at the Armani Hotel Dubai as a spa supervisor.
read more

1 February 2018 — Raffles Hotel Singapore is pleased to announce the appointment of Chadi Chemaly as its Executive Assistant Manager of Rooms from 1 February 2018. Chadi brings with him over 15 years of experience in hospitality, achieving outstanding results in Housekeeping and Room operations across the globe.
read more