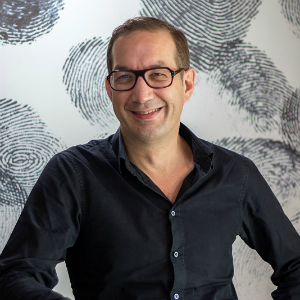 From head waiter to heading operations for an entire restaurant group, David Perlmutter has taken on just about every role in the restaurant industry over the last two decades. His latest challenge sees him stepping into the hotel sector as Fusion's Group Food & Beverage Manager.

Perlmutter joins Fusion, which operates several wellness-inspired resorts and hotels throughout Vietnam, at a fertile time for the group. The company plans to open two new properties in 2019, with two "all-suite" hotels and three "all-spa-inclusive" resorts already in the Fusion portfolio alongside the recently launched Alba Wellness Valley by Fusion. As the group expands, Perlmutter's role will involve taking Fusion's signature onsite restaurants back to their roots, elevating simplicity and authenticity over blue-sky reinvention.

It's a direction that will also complement Fusion's holistic wellbeing philosophy, with healthy cooking styles, little to no use of oils or added fats, and an abundance of fresh fruits and vegetables all ubiquitous in Vietnamese cuisine.

While the French-national now lives and breathes all things food related, working in F&B wasn't initially on his radar.

Since switching paths, he eventually went on to manage several restaurants in Paris and made the move to Asia three years ago. His most recent position was group director of operations for the Farandole Group in Bangkok, where he was responsible for oversight of three popular restaurants and bars in the city.

Perlmutter's position with Fusion is his first F&B role within a hotel group.