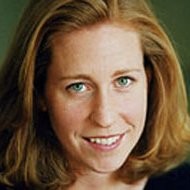 Betsy L. Morgan is currently the co-founder of Magnet Companies, a private-equity backed company focused on media and commerce, and an associate professor at Columbia Business School and Columbia College. From February 2016 to July 2018, Ms. Morgan served as an Executive in Residence of LionTree, an advisory and merchant bank firm specializing in technology and media. From January 2011 to July 2015, Ms. Morgan was the CEO of TheBlaze, an early multi-platform and direct-to-consumer news and entertainment company. Prior to TheBlaze, Ms. Morgan was the CEO of The Huffington Post. Ms. Morgan currently serves on the Board of Directors of TheStreet, Inc., a financial news and information provider listed on the Nasdaq Stock Market, as well as Trusted Media Brands, Chartbeat and TheSkimm. Ms. Morgan has B.A. in Political Science and Economics from Colby College, where she served as a member of the Board of Trustees for eight years, and an M.B.A from Harvard Business School. She is also a contributor to Riptide, an oral history of journalism and digital innovation created by Harvard's Shorenstein Center on Media, Politics and Public Policy.

TripAdvisor® is the world's largest travel site*, enabling travelers to plan and have the perfect trip. TripAdvisor offers trusted advice from real travelers and a wide variety of travel choices and planning features with seamless links to booking tools.
more information
Recent Appointments at TripAdvisor