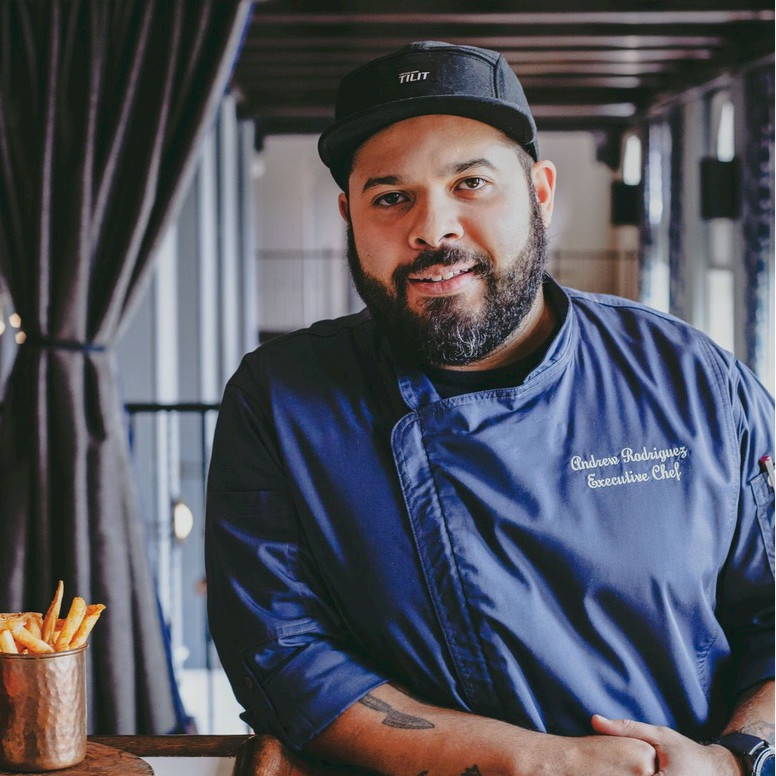 In this role, Rodriguez will oversee the menus and kitchen staff responsible for the property's dining outlets including, TENN, TENN on Top, and Bar TENN.

Located within Holston House Nashville, dining outlets TENN, TENN on Top, and Bar TENN offer a variety of dishes that pay homage to Nashville cuisine, while fusing them with contemporary New American flavors that produce an inventive menu that rotates seasonally. The property's signature restaurant, TENN, is best known as an American restaurant with a Southern twist that is open for breakfast, brunch, lunch and dinner and incorporates seasonal and locally sourced ingredients in its dishes.

In his role, Rodriguez will work alongside the food and beverage team to promote culinary excellence at Holston House Nashville. With his strong background, rooted in New York City restaurants, Executive Chef Andrew Rodriguez will ensure all dishes meet the hotel's high standards while also developing new and improved menus across all outlets as he takes over. He will also oversee the daily operations of the kitchen as well as menus in the hotel's event and meeting spaces

After graduating from The Institute of Culinary Education in 2008, Chef Rodriguez started his 15-year career working under Michelin-starred Chef Missy Robbins at A Voce Madison in New York City and later as part of the opening team of A Voce Columbus. Leaving Manhattan, Rodriguez's next position took him to New Jersey as Executive Chef of HoHoKus Inn & Tavern, where he remained for four years and introduced dishes that made the restaurant wildly successful. Searching for a new challenge, Rodriguez moved to Nashville where he worked alongside legendary Chef Jonathan Waxman as the Executive Chef at Adele's. Following his time at Adele's, he worked with Max and Benjamin Goldberg to open Pinewood Social, one of Nashville's most acclaimed restaurants. Most recently, Andrew worked as Executive Chef at Nashville's Little Octopus before joining Holston House.

Originally from New York City, Rodriguez found his love for cooking at a young age from his grandfather who was a chef and owned restaurants throughout New York.

19 February 2020 — Ajinkya Kulkarni has been appointed as the Director of Sales and Marketing for Park Hyatt Hyderabad. In his new role, Ajinkya will be responsible for spear-heading sales and marketing strategies for the award-winning luxury hotel which had the honour of winning the Best Luxury Business Hotel title in the India Travel Awards South - 2019.
read more

17 February 2020 — Five-star property Park Hyatt Dubai has announced Sabine Renner as its hotel manager. Renner will be expected to oversee the property's sales and marketing division, along with the rooms division and the residential villas.
read more
More from Hyatt
Map
Advertisements
Never miss a story again
Sign up for the HN360 daily newsletter
Media Kit – Submit Content
Advertisement
Advertisements