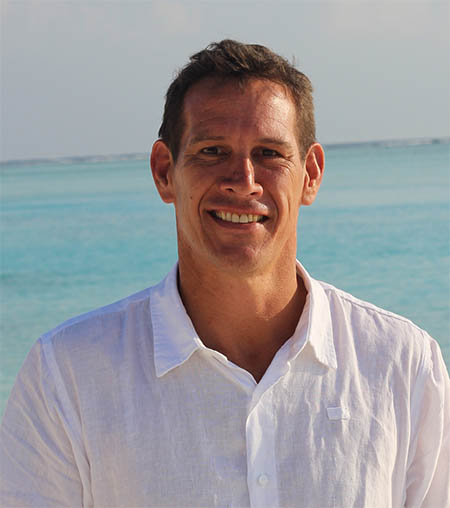 Coetzer is no stranger to different environments and to tackling new frontiers. Having grown up in South Africa, his career in hospitality started out leading safaris in Botswana, Zambia and Zimbabwe. He then returned to South Africa where he furthered his career in a number of acclaimed South African game reserves. In 2007, Coetzer joined Starwood Hotels & Resorts as Resort Manager at W Retreat & Spa Maldives, before being promoted to General Manager at W Retreat Koh Samui in Thailand. He then held various other GM positions with Starwood in China and a Vice President of Operations role for the Naked Retreats Hotel Group, based in Shanghai, China.

With a focus on guest satisfaction and a knack for pleasing high end, discerning travellers, Coetzer's career has spanned over twenty years and taken him to more than seven countries. In his most recent cluster role, Coetzer also focused on introducing several sustainable initiatives such as the adoption of Solar Power and the launch of the Minor Hope programme for underprivileged Maldivian students.

11 February 2020 — With a robust 15 years' journey in the hospitality sector, Sahil has enriched his professional experience in Dubai after having worked for local and international brands. He landed his first job in Dubai on 2007 as a Group and Events Coordinator for Al Habtoor Grand Resort & Spa and then moved to Flora Park & Creek Hotel Apartments to work as an Assistant Sales Manager on 2008.
read more

28 January 2020 — In her new role, Sarieddine will be responsible for leading the property's marketing strategy and provide solutions for sustained growth at the hotel. She will develop and implement marketing plans that line up with the resort's organisational goals, while also motivating team members and supporting them.
read more

17 January 2020 — Benwahmane has experience in hospitality-focused project management, as well as strategic business skills in resorts and high-end hotels. In his two decade career, he has worked across both Europe and the Middle East.
read more
More from Minor
Map
Advertisements
Never miss a story again
Sign up for the HN360 daily newsletter
Media Kit – Submit Content
Advertisement
Advertisements