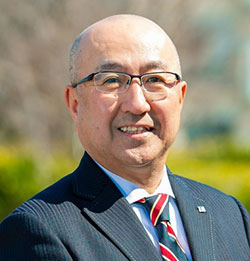 During his 36-year tenure with Fujita Kanko, Ise has held a broad range of positions at both corporate offices and hotels, which have progressively grown to encompass greater responsibilities. He has managed several key properties as General Manager, led multiple corporate initiatives, and developed new properties and brands. This year, under Ise's direction, the company will announce its medium-term management plan beginning 2020. The new president is expected to revitalize and strengthen the company's management and business practices.