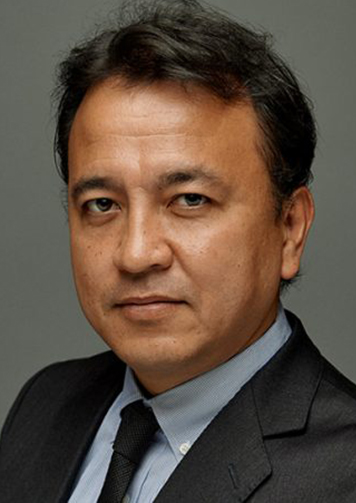 Hilton Grand Vacations (NYSE: HGV) announces the promotion of Yoji Ishii to vice president of Asia sales. In his expanded role, Ishii will be responsible for developing and executing sales strategies in Asia.

In his previous role as senior director of Japan sales, Ishii helped HGV expand its vacation galleries from six to 11 locations throughout Japan, allowing the company to introduce more potential owners to a vacation ownership lifestyle.

Ishii has more than 20 years of experience in the travel industry in Japan and abroad. He joined HGV in 2008 as a sales executive and developed his career by taking on increasingly progressive roles in the organization. Under Ishii's leadership, the Japan sales team has been selected as a 2019 ARDA award finalists in two categories for delivering outstanding customer experience. Prior to HGV, Ishii held management roles in the travel industry in Japan and Australia.

Since its entry into Asia market in 2003, HGV has expanded its presence in response to an increasing interest in a new vacation lifestyle. HGV continues to expand its footprint in the Asia market and currently has more than 61,000 club members in Japan. HGV opened its first property - The Bay Forest Odawara by Hilton Club - in Japan in April 2018 and plans to open its second Japan property in Sesokojima in 2021. HGV operates 11 vacation galleries and more than 40 marketing desks throughout Japan, offering customers opportunities to learn about high-quality vacation ownership experiences.

26 February 2020 — Guerov brings 20 years of hospitality management experience with Hilton to his position and is responsible for overseeing all aspects of the luxury property including hotel management, guest experience and day-to-day operations of the hotel, including its meeting and event spaces and the signature lobby restaurant, Dabble.
read more

24 February 2020 — Hilton has announced the appointment of Ahmad Kasdi Mohd Dahari as executive chef at the Hilton Ras Al Khaimah Resort and Spa. In his position, the chef will be responsible for the daily operations of all the resort's F&B venues, including Lebanese restaurant Al Maeda, Italian restaurant Piaceri da Gustare, Latin/Caribe Pura Vida restaurant and the Mediterranean Sol Bar on the beach.
read more
More from Hilton
Map
Advertisements
Never miss a story again
Sign up for the HN360 daily newsletter
Media Kit – Submit Content
Advertisement
Advertisements