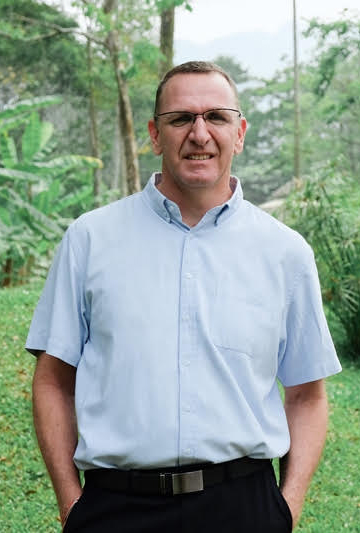 Alba Wellness Valley, with its natural, mineral-rich hot springs, authentic Japanese-style onsen and open-air geothermal baths, is a member of Openasia group. Alba Wellness Valley joined the Fusion portfolio in December 2018, as the first existing hotel to be managed by the group. In the past Fusion has led the way from conception to construction to management with all its properties.

A South African, Hylton has spent the last two decades honing his spa and management skills around the globe with roles in the Middle East, Europe, the USA and Asia Pacific. His most recent role was as general manager of a boutique property Lao Poet Hotel in Vientiane, Lao's capital, where he guided the team through pre-opening.

Prior to that he was part of the Fusion organisation, working as executive assistant manager of Fusion Resort Phu Quoc, where he was also involved with pre-opening and the running of the property once it debuted. Among other tasks, Hylton was key in developing the property's wellness concept. Fusion Resort Phu Quoc boasts the largest spa on the island at 11,210-square-metre (120,664-square-feet) with 26 double treatment rooms.

Hylton has a wealth of knowledge in the spa industry, having worked as executive assistant manager and wellness director at Arovada by AKARYN, a private island wellness retreat in Cambodia, and the Ayurah Wellness Centers in Thailand from 2014 - 2016. Before he moved to Asia Hylton spent a year in India where he was head of operations for Apollo Life, one of the biggest players in India's health and wellness space. His position put him in charge of Apollo Life Centers, Apollo Life Studios, and Tangerine Spa & Salons.

Hylton worked as spa and recreation director at Angsana Resort Balaclava Mauritius from 2011 - 2013 and as regional spa director for Angsana, based out of Bahrain, and overseeing six spas spread throughout Egypt, Morocco, Bahrain, Qatar and the UAE from 2008 - 2011. He has also held spa director positions in Hawaii and French Polynesia.