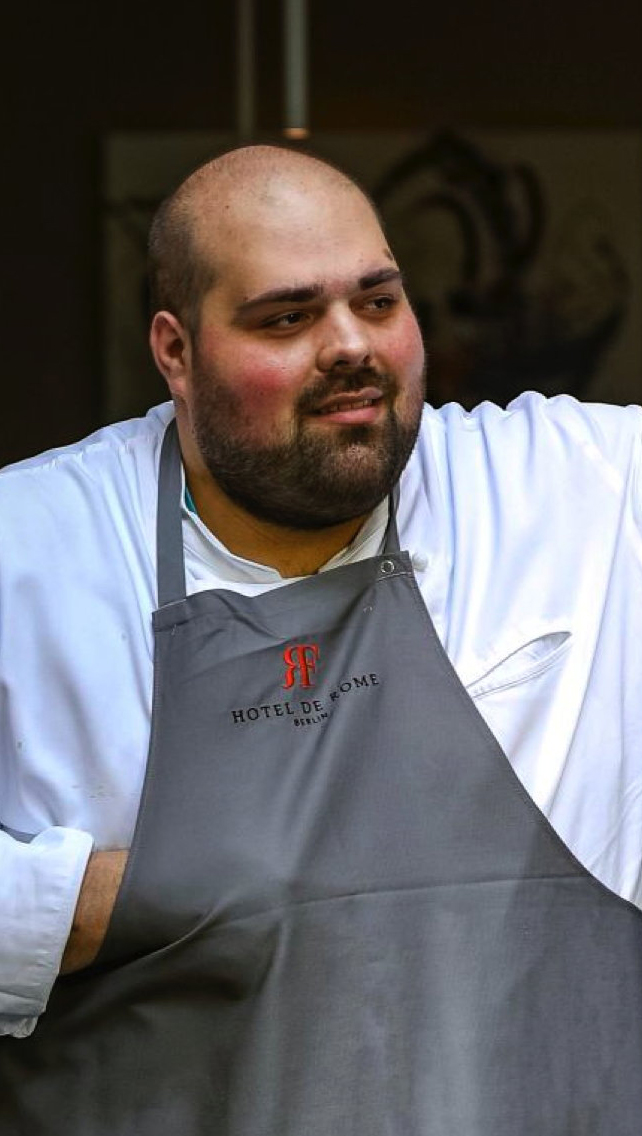 Berlin - The Rocco Forte Hotel de Rome has a new chef: Davide Mazzarella, 31, is responsible for the culinary concept of the five-star superior hotel at Bebelplatz and the in-house restaurant LA BLANCA.

Davide Mazzarella was born in Italy and discovered his love for cooking while working for his family business in his hometown of Anacapri, in the Gulf of Naples. Also there, he studied at the "Axel Munthe School for Gastronomy and Hospitality". The Restaurant "La Fontelina" on Capri offered him his first position in the culinary field, where he started as a Commis de Cuisine.

2006 was the year Mazzarella came to Germany. He worked as chef in Italian restaurants, amongst others in the "Moreno Carusi" in Berlin. Afterwards, he moved to Kitzbühel, Austria, and then went to Japan to work for the Catering Company CAPRI.

A quick stop as Chef de Partie in the five-star hotel JK Palace Capri - a Small Luxury Hotel of the World (SLH) -he came back to Berlin in 2010. After a short six month-period as Sous Chef in the Restaurant Malatesta at the Gendarmenmarkt, he was promoted to Chef.

Mazzarella's career in the Hotel de Rome started at the end of 2013 in the position of Chef de Partie, and ascended to being Executive Sous Chef in 2015.

Creative Director of Food for Rocco Forte Hotels, Fulvio Pierangelini, collaborates closely with Davide Mazzarella to create the culinary offerings. Pierangelini is a star chef in Italy and, among other things, known thanks to his two-star restaurant "Il Gambero Rosso" in Tuscany.

29 March 2019 — Rocco Forte Hotels is pleased to announce the appointment of Franco Girasoli as General Manager of Masseria Torre Maizza set to open May 1 in Puglia. An Italian native, Girasoli brings 30 years of hospitality experience to the new Apulian resort and has excelled at building strong relationships with an international clientele from key markets such as the United States, the UK, Russia, Japan, France and Germany.
read more
More from Rocco Forte Collection
Map
Advertisements
Never miss a story again
Sign up for the HN360 daily newsletter
Media Kit – Submit Content
Advertisement
Advertisements