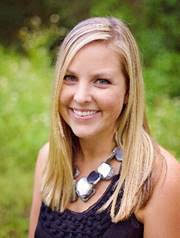 Kristin began her career in hospitality as director of sales for an independent, extended-stay hotel on the Florida panhandle. She was promoted to assistant general manager where she discovered her passion for operations and people development. She later assumed the role of general manager for the property. Kristin joined HE in 2012 as the general manager for a Hilton hotel in Navarre Beach, FL. During her tenure, she was promoted to Lead GM for the firm, overseeing a portfolio of Marriott and Hilton branded properties. Under her leadership, the portfolio of hotels achieved top-performance results and maximum returns for owners.

Most recently, Kristin served as the opening general manager for the new SpringHill Suites by Marriott-Navarre Beach. She oversaw the 12-month development of the resort-style hotel which boasts over 3k square feet of meeting space, as well as a full-service restaurant and bar. The hotel earned an award for achieving the highest guest satisfaction scores for a New Hotel Opening in the firm's portfolio of hotels, as well as recognition from Marriott for top guest satisfaction scores for the entire SpringHill Suites by Marriott brand. The hotel also consistently earned a #1 ranking on TripAdvisor.

Kristin is a graduate of HE's Leadership Development Program, intended for individuals with multi-unit oversight. In 2014, she received HE's prestigious Chairman's award in recognition of her many contributions to the company.