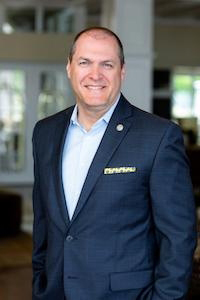 L'Auberge Del Mar, managed by Noble House Hotels & Resorts, has named Robert Gregson - a 25-year hotel industry veteran most recently with The Sydell Group - its new general manager. In his new role, Gregson will be responsible for the day-to-day operations for the 121-room oceanfront property.

Gregson, a recent resident of Studio City, began his hospitality career more than 25 years ago. His most recent position was with The Sydell Group as general manager for The LINE Hotel in Los Angeles where he served on the hotel's opening team. Prior to that he was director of sales and marketing for Thompson Hotels' Hollywood Roosevelt Hotel. Other properties he worked at include W Hollywood & Residences; Hard Rock Hotel & Casino, Las Vegas; and Mondrian, West Hollywood.

He holds a bachelor's degree in business management from California State University, Chico.

9 April 2019 — The Josie Hotel - North America's newest slopeside boutique hotel - is pleased to announce that Jesse Crockett has been appointed as the property's new general manager effective April 1, 2019. Bringing more than 20 years of hospitality experience to the luxury boutique hotel, Jesse has been at the helm of some of Canada's leading hotels and resorts.
read more