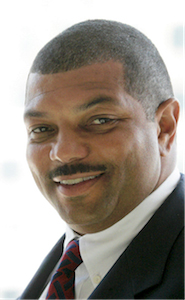 Kelleher will become Chairman of the Board. Additionally, Principal and Chief Operating Officer Jim Dina will move to Pyramid Hotel Group's Board of Directors. Kelleher and Dina will remain closely involved with the business.

Incoming CEO Fields is one of Pyramid's founding partners, and has been Chief Investment Officer since 1999, having overseen the growth of the company's portfolio to approximately 100 hotels through development, acquisitions, third-party management and asset management. He was responsible for all aspects of business development, fundraising, acquisitions, and new investment opportunities.

Warren Q. Fields is the former Vice President of Development and Operations of Promus Hotel Corporation, which was sold to Hilton Hotel Corporation in 1998. At Promus he formulated and implemented a strategy for creating a new hotel brand for the company which eventually sized to 30 properties.

A graduate of the Cornell University School of Hotel Administration, Fields began his career with Beacon Hotel Corporation, a predecessor company to Promus, where he served as Vice President of Development for Guest Quarters Hotels, and later DoubleTree. He returned to Boston in 1999 to form Pyramid Hotel Group with Kelleher and Dina. In 2019, Massachusetts Governor Charlie Baker appointed Fields to the Board of Directors of Massport.