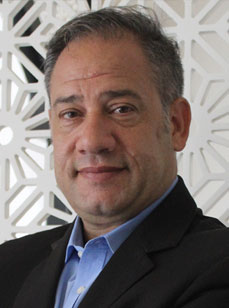 He has held the role of general manager for 10 years and in that time has reportedly helmed new hotel openings, reached and exceeded revenue expectations and won several awards, such as the Rezidor GM Fighter of the Year 2018 and Leading Responsible Business Hotel, according to a press statement.

Rabih Zein (Class of 0) is a graduate of Cornell | School of Executive and Professional Education in Ithaca, New York - United States
more information