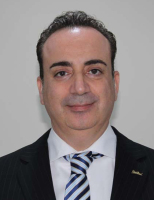 Najib started his career with Radisson Hotel Group in November 2015 as General Manager of Radisson Blu Resort, Jizan with over 20 years of experience in the hospitality industry.

Najib chose to work for Radisson Hotel Group because "it's one of the leading international chains, with dynamic and successful expansion in the region". He makes Every Moment Matter to our guests by creating exceptional experiences, beyond guest's expectations, always with a 'Yes I Can!' spirit'.

His service philosophy is to inspire the team so they strive to make a difference to our guests, creating at the same time a comfortable environment for them, where they can grow and develop their talents.