Appointed General Manager
At The Alexander in Indianapolis - IN, USA 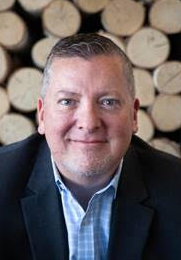 As an Indiana native, Barry's passion for the community is apparent through his affiliations and board member titles with Indiana branches for the Leukemia Society of America, American Heart Association, and Professional Convention Management Association, among other organizations.

8 May 2009 — Sarah Woodfin Wynn was appointed general counsel. In her new role, Wynn, a resident of Madison, will be responsible for all corporate legal functions. From 1987 to 2006, she served New York-based American Express Travel Related Services Company Inc.
read more

8 May 2009 — Richard Maxfield was named chief operating officer to oversee the operations of Dolce's managed hotels, resorts and conference centers in North America and Europe. Maxfield, a resident of Dallas, was senior vice president of operations for Omni Hotels from 2007 until earlier this year, responsible for the strategic direction and execution of all field operations including oversight of the company's 43 first-class and luxury hotels and 10,000 employees in the United States, Canada and Mexico.
read more