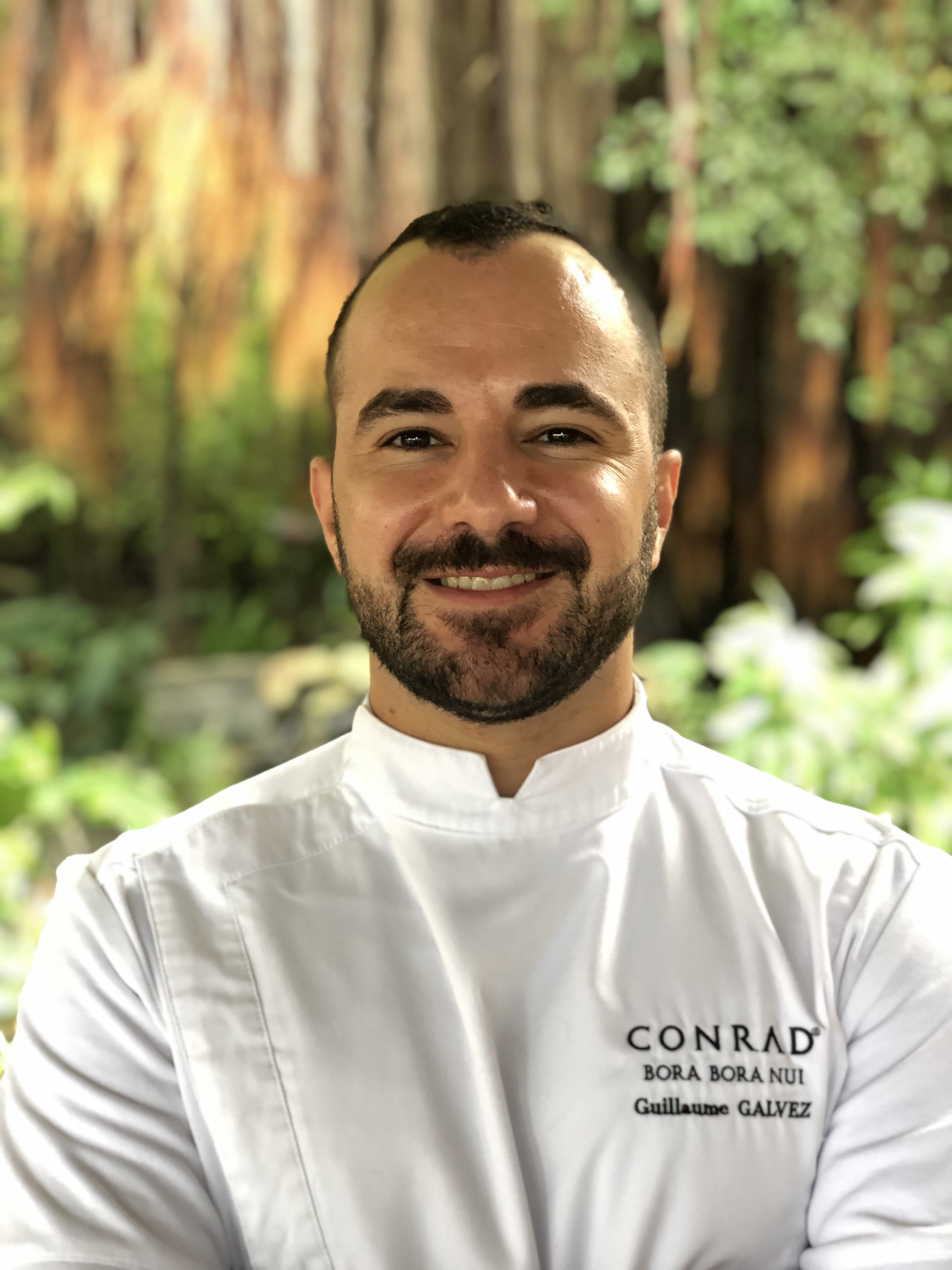 Chef Galvez comes to Conrad Bora Bora Nui from Kempinski Hotels in Mongolia, where he served as Executive Chef. Prior to that, he served as a private chef in Central Africa and before that held various culinary positions in Chile, Cuba, Spain and Australia.

Chef Galvez will oversee the launch of new F&B offerings throughout the resort with a focus on healthier options and destination-inspired fare - two themes that are echoed in the overall guest experience and part of a larger resort-wide initiative designed to promote health and wellness. Chef Galvez will unveil new menus and culinary-focused guest experiences across the resort including a six-course lobster menu at Iriatai French Restaurant; the Sunset Grill, a new toes-in-the-sand dining experience at Tamure Beach Grill; and the Legends Campfire which will teach guests about Polynesian gods and stories of the Motu. The resort is also introducing a new grilled lobster night every Friday under the stars at Tamure Beach Grill.

Chef Galvez brings nearly 20 years of culinary experience with him to Conrad Bora Bora Nui. He started cooking at the age of 14 through an apprenticeship with Disciple d'Escoffier in Provence, and spent the following years working as a chef around the world learning the intricacies of cuisines in Europe, Asia, Australia, Central Africa and South America. In his free time, Guillaume enjoys traveling, gardening, meditating and spending time on his family's vineyard in the Châteauneuf-du-Pape area of France.