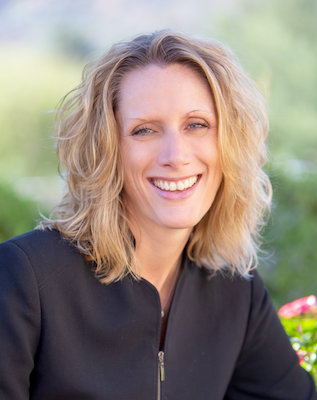 Paige Lund has been appointed general manager of the legendary JW Marriott Camelback Inn Resort & Spa. Steve Hart, general manager of JW Marriott Desert Ridge Resort & Spa and area general manager, made the announcement.Prior to her appointment at JW Marriott Camelback Inn Resort & Spa, Lund was the general manager of the Renaissance Phoenix Downtown Hotel, a member of the Marriott group, a post she has held since 2012. As a result of Lund's successful leadership, the Renaissance Phoenix earned several awards during her tenure that included Breakthrough Leadership Training Excellence, Guest Experience, Talent Leadership and Hotel of the Year twice for the Western Region. In 2017, while in that role, Lund was promoted to Area General Manager where she oversaw and supported the Sheraton Grand Phoenix and Westin Phoenix, two notable downtown Phoenix properties.In addition to multiple leadership positions within Wyndham Hotels and Resorts and Starwood Hotels and Resorts, Lund also served as the General Manager of The Sheraton Crescent Hotel in Phoenix; Vice President of Lodging for The Canyons Ski Resort in Park City, Utah; General Manager of The Wigwam Golf Resort & Spa in Litchfield Park, Arizona; and has served in executive level positions with Westin Kierland Resort & Spa in Scottsdale, and The Boulders Resort & Spa in Carefree. Lund is actively involved in multiple Arizona hospitality and tourism organizations including Visit Phoenix Board of Directors, the Arizona Lodging and Tourism Association Board, City of Phoenix Tourism and Hospitality Advisory Board, Northern Arizona University School of Hotel and Restau rant Management National Advisory Board, HopeKids Arizona State Board and is a member of AzLTA Women in Lodging. Additionally, Lund is a firm believer in giving back to the communities in which her hotels or resorts reside. In Phoenix, she has partnered with and supported an array of local philanthropic organizations including HopeKids, Make-a-Wish, St. Mary's Food Bank, Washington Elementary School District and Grace and Mercy Homeless Ministries.Lund earned her Bachelor of Science degree in Hotel and Restaurant Administration from NAU in 1993 and remains active in educating and developing the next generation of hospitality professionals by visiting the university and participating in a series of lectures and presentations throughout the year.