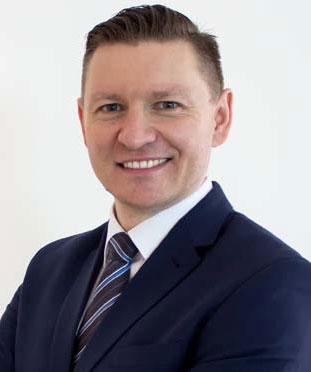 Originally from Poland, Mart is a senior hospitality professional who has previously worked in the Middle East. Mart who has a master's degree in European financial law, chose a career in the hospitality industry and worked for global brands in the UK, US and Gulf region. Mart began his hospitality career in the US in 2003 in the F&B department with Marriott and has since moved up the ranks. He has worked as the housekeeping manager, director of services, and director of operations. In 2014 he was an Edge Award Winner in the 'Marriott Global Award for Excellence in Delivering Guest Experiences', one of only 12 winners from rooms and spa disciplines selected from approximately 4,000 hotels in the world. Prior to his posting in Riyadh, Mart was the hotel manager at Swiss-Belhotel Residences in Bahrain.

The Ascott Limited is a Singapore company that has grown to be one of the leading international lodging owner-operators. Ascott's portfolio spans more than 180 cities across over 30 countries in Asia Pacific, Central Asia, Europe, the Middle East, Africa and the USA.
more information
Recent Appointments at The Ascott Limited

2 April 2020 — Mr Kevin Goh is appointed CapitaLand's CEO, Lodging with effect from today, 1 April 2020 to oversee CapitaLand Group's lodging business. Lodging is one of the three pillars of the Group's strategic businesses for sustainable growth, together with the other two pillars being Fund Management and Investment/Development.
read more

3 July 2019 — erriane brings more than 10 years' experience in marketing, communications and brand development across luxury hotels, hospitality and multinational Fortune 500 brands in the UAE and Africa. She began her career teaching marketing at universities whilst consulting in communications with five-star hotel & resorts in Morocco.
read more