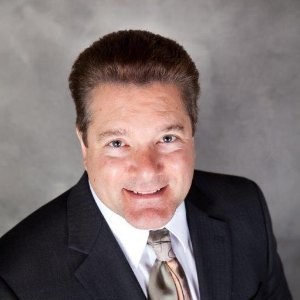 James succeeds Felix D. Rappaport, whose untimely death in June of 2018 led to Tribal Chairman Rodney Butler taking over as the resort's interim CEO shortly thereafter. With over 25 years of highly successful Native American gaming resort operations experience, James is uniquely positioned to lead Foxwoods into its next evolution as the premier entertainment destination in the Northeast. His expertise and vision will help build on Foxwoods' solid foundation and maximize the tremendous growth opportunities that lie ahead.

James' deep expertise across key business units including finance, innovative marketing and award-winning design and development allows him to take a "whole-brained" approach to growth and profitability.

Prior to joining Morongo Casino Resort & Spa, James was Chief Executive Officer for Gila River Gaming Enterprises, Inc. where he led the tribe's three casinos in achieving the highest recorded earnings in the State of Arizona. He also held chief executive roles at Seminole Gaming, Inc. and Pechanga Resort and Casino. Additionally, James served as a Vice President and General Manager for various successful Station Casinos properties in Las Vegas.

A native of Cleveland, Ohio, James attended the University of Nevada where he graduated from the accounting program. As he assumes his new role at Foxwoods, he and his wife Giselle will be relocating to Mystic, Connecticut.

17 March 2021 — The Mashantucket Pequot Tribal Nation is pleased to announce the appointment of Jason Guyot as Foxwoods Resort Casino's new President and Chief Executive Officer. With nearly twenty years of resort management experience as a gaming and hospitality leader, Guyot assumed the role of Interim CEO in April, 2020 and was instrumental in effectively leading Foxwoods through one of its most challenging and difficult years.
read more

28 June 2018 — Foxwoods® Resort Casino, the premier resort destination in the Northeast, today announced that Suzanne Trout has been hired as Chief Marketing Officer. Trout brings over 20 years of results-driven integrated marketing experience to the role, where she will be tasked with growing market share and overseeing all marketing and communications.
read more