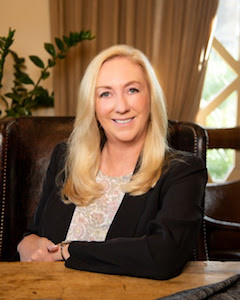 The Wigwam, currently celebrating 90 years of welcoming guests to the desert oasis just outside of Phoenix, Ariz., has appointed Katy Powers as Managing Director and General Manager. Powers returns to the historic Southwestern resort after two years spent gaining additional industry experience and wisdom. She now rejoins The Wigwam to lead all on-property operations and ensure guests of the storied resort enjoy a memorable stay with reliable AAA Four-Diamond service.

Powers has played a crucial role in the success of The Wigwam over the years. She originally joined the property in 2013 as Director of Food and Beverage and saw an impressive rise in dining outlet revenues and profitability throughout her tenure. Two years later, she was promoted to Resort Manager with a wealth of responsibilities including full management of the property. She departed in 2017 to take on the role of General Manager first of Doubletree Salt Lake City Airport, then of Hilton Garden Inn Seattle Downtown Hotel.

Powers began her career in hospitality with Starwood Hotels and Resorts, joining in 2009 as Director of Food & Beverage of The Westin La Paloma Resort and Spa in Tucson, Ariz. Throughout her tenure, Powers participated in a range of food and beverage task force assignments at various four and five diamond properties across the country. In every hospitality role Powers has held over the years, she has delivered exceptional hotel operations management to ensure streamlined and profitable operations, as well as consistent guest satisfaction.

Born and raised in Bay City, Michigan, Powers moved to Tucson to begin her undergraduate education at the University of Arizona where she fell in love with the desert and sunshine. She finished earning her bachelor's degree in operational management from Ashford University in San Diego. Now back in the Grand Canyon State, she is a big supporter of Arizona sports teams, including the Diamondbacks, Cardinals, Coyotes and Suns. Powers is also a proud mother of two children, son, Ted, and daughter, Alanna, who both graduated from Arizona universities.