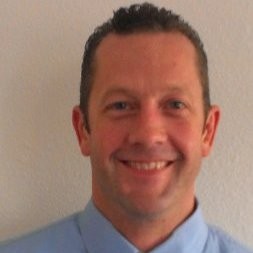 An accomplished and enthusiastic operations leader, Chans Rock brings more than 25 years of food and beverage experience to his role as opening director of food and beverage operations at Carté Hotel. Rock will lead the culinary and front of house teams at the property's three on-site dining venues including Watercolors, Above Ash Social and Fonte di Vino. Before joining the Carté team, Rock served as general manager of the iconic Hotel Erwin and successfully opened the luxury Vintage House and Villagio Hotel in beautiful Napa Valley. Rock's outstanding service is widely recognized by his peers and the hospitality industry and he has received various accolades, including four gold medals from Hilton Worldwide and Manager of the Year at Marriott International.

Rock has held other executive management roles at notable properties including The Estate Yountville, The London West Hollywood, Hilton Worldwide and Marriot International. Rock received his bachelor's degree in business management from Western Governors University and is currently working towards his MBA.

20 January 2022 — Karin van den Berg has been appointed by Hilton as senior director of operations for its full-service hotels in the UAE. She will oversee operations at 17 hotels across the emirates. These 17 hotels fall under the Hilton Hotels & Resorts, DoubleTree by Hilton, Curio Collection by Hilton and Canopy by Hilton brands.
read more