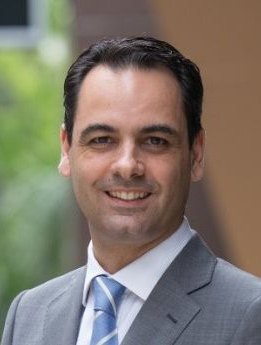 Tabet is an award-winning leader boasting more than twenty years of hospitality industry experience. Most recently, Tabet drove the team to secure a number of coveted awards, including the most recent internal Hilton Hotels & Resorts Connie Award for highest combined ranking of overall quality assurance, experience and service. Prior to Los Cabos, Tabet served as General Manager of Hilton Lima Miraflores from 2013 to 2016, following a role as General Manager of Waldorf Astoria Panama where he successfully led the hotel's opening in 2013 as the brand's first in Latin America.

Tabet joined the company in 1996 as a food and beverage intern at Hilton Madagascar, where he quickly became leader of banquet operations. He later served as assistant food and beverage manager at the Hotel Splendide Royal in Lugano, Switzerland. Tabet returned to Hilton in 2000, and until his role as general manager in Panama, he held food and beverage leadership roles at several Hilton properties throughout the Caribbean and Latin America.

A Swiss native, Tabet holds a degree from the Geneva Hotel Management School and speaks Italian, Spanish, English and French.