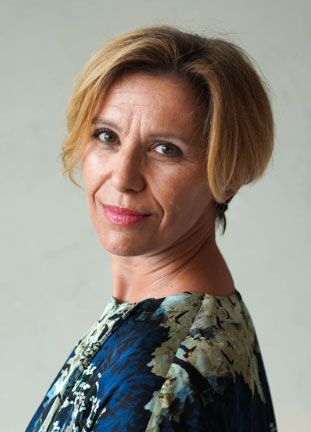 Set to open 12th September, Nobu Hotel Barcelona proudly appoints Laurence Dubey as General Manager and Regional Director. Dubey will be responsible for directing all hotel operations whilst ensuring the Nobu Hotel 5* standard of service and guest experience is implemented and maintained throughout.

Laurence brings with her over 20 years of experience in the luxury hospitality industry to Nobu Hotel Barcelona; the tenth property opening within the brands global portfolio. Laurence joins the hotel from her previous role as General Manager at Nobu Eden Roc Resort in Miami, where she oversaw the hotel's renovation and re-launch.

Laurence pursued her passion in the industry following her degree in hospitality from the prestigious École Hotelière de Lausanne, Switzerland. Her career started in Sales and Marketing where she honed her skills for over a decade. She travelled and moved a lot between the USA and Europe while working for other prestigious brands such as the Viceroy Group, where she served as General Manager of Viceroy Miami and Residences, and ten years with The Ritz Carlton Hotel Company. 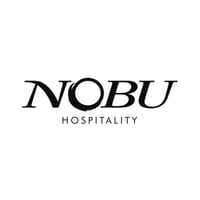 Nobu is one of the premier luxury lifestyle brands in the world and is owned by Chef Nobu, Robert De Niro and Meir Teper. With operations spanning five continents, the Nobu brand thrives in many global capitals as a focal destination.
more information
Recent Appointments at Nobu

16 December 2019 — Nobu Hotel Palo Alto has announced Chris Suarez, as Director of Sales & Marketing of the newly renovated property. In this role, Suarez will focus on driving sales and marketing efforts for the property, including the newly transformed guest room level dedicated entirely to Ryokan suites and private events.
read more

6 December 2018 — Nobu Hotels, a global hospitality brand founded by Nobu Matsuhisa, Robert De Niro and Meir Teper, is delighted to announce the appointment of Eric Edmunds as its first MICE Global Account Director. On track for 20 hotels globally by 2020 - including the opening of Barcelona, Chicago and Los Cabos next year - Eric will generate group business specifically for Nobu Hotel Barcelona, due to open in Summer 2019, as well as London, Malibu Ryokan and Palo Alto.
read more

10 January 2017 — Nobu Hotel Shoreditch, Nobu’s first European hotel, is pleased to announce the appointment of Gigi Vega as Regional Director and General Manager. Gigi Vega will oversee all of the operations at the new 150-room hotel, opening in spring 2017, including the 240-seat restaurant and a forthcoming rooftop bar.
read more
More from Nobu
Map
Advertisements
Never miss a story again
Sign up for the HN360 daily newsletter
Media Kit – Submit Content
Advertisement
Advertisements