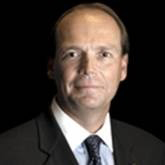 Dardenne, who most recently served as Chief Operating Officer of Amaala an ultra-luxury resort destination project on the Red Sea sponsored by the Public Investment Fund and former Interim CEO and Chief Operating Officer at Jumeirah Hotels & Resorts in Dubai, will now oversee the operations of around 50 luxury hotels in Europe and 9 properties under development. This includes top tier brands like Raffles, Fairmont, SO/, Sofitel and others as well as flagship properties such as Raffles Europejski Warsaw, Sofitel Legend The Grand Amsterdam and The Savoy, A Fairmont Managed Hotel in London. Dardenne is an accomplished hotelier with nearly four decades of global hospitality experience in both hotel and real estate groups. Earlier in his career, he worked with Ritz Carlton, then Emaar Hospitality, where he collaborated with Giorgio Armani to shepherd the expansion of the Armani brand into hospitality with ultra-luxury hotels in Dubai and Milan. Dardenne has also been involved in developing unique luxury and lifestyle brands such as The Address Hotels and Resorts, Patina Hotels & Resorts and Zabeel House. Throughout his career, Dardenne has been recognized with several industry awards and commendations, such as the Feigenbaum Leadership Excellence Award (Middle East); CEO of the Year, by the Hospitality and Tourism Sector, CEO Middle East; and General Manager of the Year by Hotelier Middle East. Originating from France, Belgium and Switzerland, Dardenne studied at the Hospitality School in Lausanne and is fluent in English, French and German.